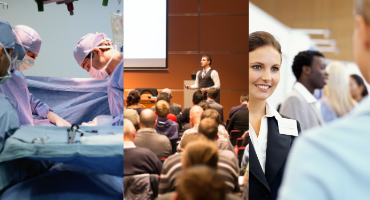 Every year, SICOT holds a congress which attracts thousands of clinicians and researchers from all over the world. Scientific papers and lectures are presented in the traditional fields; world-class invited speakers provide contemporary thought on the latest concepts as well as on conservative and surgical treatment methods. They provide a forum for presentation of original work and for education.

Any National Representative may, with the support of his/her National Orthopaedic Society, invite SICOT to hold its annual Orthopaedic World Congress at a site in his/her country. Applications for meetings should be received in general 4 years prior to the event.

SICOT Congresses and their Presidents